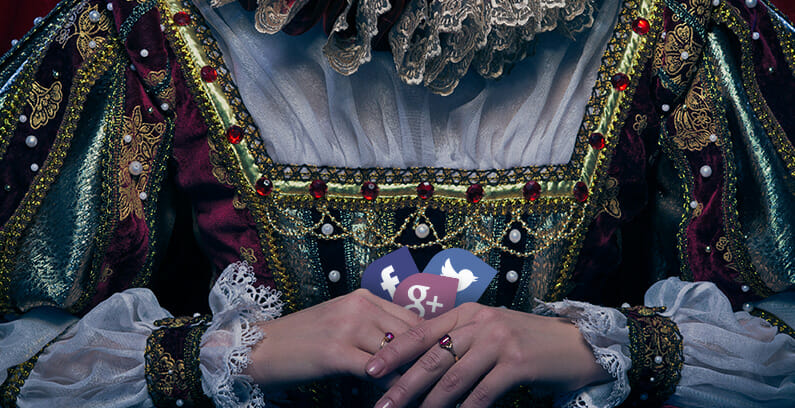 Social media, and Facebook in particular, has quickly become a staple of many digital marketer’s toolkits. For years now, those of us in marketing have worked to increase the likes on our pages and engagement in posts. The problem is, organic reach has been on the decline for a while now. Our audience/communities are seeing very few of our social posts—unless we pay for digital advertising to get content in front of them. So, what’s going to happen with Digital Advertising in 2017?

When we say few, we mean almost none. According to recent research from Social@Ogilvy, organic reach for companies with more than 500,000 likes has fallen to a measly 2 percent. That’s down from 6.5 percent in 2014 and 16 percent in 2012. Some experts are predicting that percentage will eventually be zero.

Why do Social Media Sites Seemingly Want to Stick it to Marketers?

Facebook, Twitter, and the rest are increasingly trying to cater to individual users over companies or organizations. And, no surprise, there’s money behind the strategy. Facing increased competition and pressure from investors to become more profitable, social media platforms are constantly coming up with new advertising methods to make money off of businesses in an effort the develop more robust profitability models.

As a result, pay to play is our only choice these days, and because of this, a new resurgence in social media advertising is expected in 2017.

So how can you, as a B2B marketer, best take advantage of paid social media marketing? How is your money best spent to reach customers and increase sales? Promoted posts, digital advertising, and retargeting are typically the focus these days. We’ll take a closer look at this shortly.

Retargeting: The “Creepiest” of all Advertising Options

Maybe you’ve never leveraged retargeting for B2B marketing, but you’ve definitely seen it as a consumer. Ever sneak a visit on your work computer to a website in search of that perfect wedding gift, only to log on to Facebook on your phone a couple hours later to find a post advertising that exact gift at the top of your news feed? That’s retargeting. And a lot of people think it’s creepy.

More details in a bit on the mechanics of retargeting, why it’s important, and what customers think of it, but first let’s set the stage by taking a broader look at the state of online advertising today.

Trends in Digital Advertising Moving into 2017

Advertising has been turned on its head recently. While traditional forms of advertising like TV and print are dying a slow death, digital advertising has created new opportunities that give us the ability to be precise about who we target, and when. We have little to no clue who’s driving by a billboard at any time, or whether they’re even a potential customer, but with digital advertising, we can directly market to people we know are good prospects.

Here’s how far digital advertising has come. For the first time, online advertising is expected to overtake broadcast advertising in 2017. That’s according to PwC’s annual Global Entertainment and Media Outlook report, which predicts in its five-year forecast that U.S. internet advertising will bring in $93.5 billion in annual revenue by 2020, compared to $81.7 billion for U.S. TV advertising.

So what’s trendy right now in online advertising? Here are a few of the most important from Mary Meeker’s Internet Trends 2016 report. If you’re not familiar with it, Meeker’s report is one of the most closely watched in the tech industry:

As for other trends, native advertising, or advertising that is disguised as content, is exploding in popularity because people respond well to it. Native ads can take the form of articles and videos on websites like Buzzfeed that closely mirror the site’s editorial content, content that is recommended by reputable news websites, or news feed ads on social media sites like Facebook or Twitter. The common denominator is that native advertising can’t directly push your content; it has to be entertaining or informational. According to an eMarket forecast, native ad spending is expected to reach $8.8 billion by 2018, up from $3.2 billion in 2014.

Despite consumers’ short attention spans, video advertising on mobile devices is exploding as well. According to Ooyala’s Q2 2016 Global Video Index, 51 percent of online video viewing is done on a mobile device. This is an increase of 15 percent from 2015 and 203 percent from 2014, and it’s an important milestone.

If you’re interested in learning more about some of the latest online marketing trends – including augmented reality, live video streaming and data visualization, head over to this Forbes article on what’s expected to dominate in 2017.

Back to Retargeting: A B2B Marketing Killer Secret Weapon?

Retargeting is online advertising aimed at specific people based on their previous internet activity. It’s advertising directly to people who have already visited your website or have had some kind of online interaction with the company.

Let’s say someone visited a landing page on your website where a free white paper download is offered in exchange for contact information, but for whatever reason, they didn’t actually download the content. Does that mean they’re not interested? Not necessarily. We all lead busy lives, and sometimes people get distracted. If you can catch that person’s attention again – in a non-intrusive way – you stand a good chance that they might complete the download. They just need a gentle nudge and reminder.

Retargeting is all about catching potential customers in later stages of the buyer’s journey. For B2B companies, these are businesses that we know already have an interest in our products or services because they took the time to check them out online. They’re people who are at least considering a purchase, in most cases.

A stat that everyone throws around is that only 2 percent of web traffic converts on the first visit, so the whole point of retargeting is trying to capture the attention of that other 98 percent.

Facebook is ideal for retargeting because of its reach and pervasiveness. One out of every five page views in the United States happens on Facebook, according to Infodocket. There are more than 1.79 billion users worldwide as of November 2016, according to Facebook’s own stats, a 16 percent increase over the year. Nearly eight of 10 Americans who use the internet also use Facebook, a recent study from Pew Research Center found.

Also super important: Facebook is a friendly medium for advertising. People aren’t annoyed with Facebook ads the way they are by pop-up ads and video ads, particularly when they’re the type of ads that try to entertain or inform, not just overtly sell products. The ads don’t feel as pushy or intrusive, so they’re more effective. And people haven’t (yet) learned to tune out news feed ads the way they do with banner ads, display ads or sponsored search results.

We’ve covered a few of the pros already, but let’s recap:

Like all forms of digital marketing, retargeting has its downsides. Sometimes, we’re checking out a product or service online just for information with no intention of buying it. For example, I might be researching cyber security trends on behalf of a client, then find that I’m bombarded with retargeting ads from security software firms, even though I don’t need the product. Retargeting ads often do reach people who want to buy, but it’s not a perfect science.

Retargeting can also fail if we overdo it with the number of ads. According to InSkin’s survey, 53 percent of respondents said they initially find online ads interesting and useful but find them increasingly annoying the more often they are repeated. The magic number before people start to get annoyed seems to be about five, the survey found. By around 10, some people are really ticked off.

Finally, some people are creeped out by the fact that we’re tracking their search history. Yes, people know by now that almost everything they do online is tracked, but seeing a retargeted ad can be an in-your-face reminder. It makes us actually think about it.

Facebook retargeting is most often talked about as a B2C strategy. Retailers use it all the time to remind customers that they’ve left something in a shopping cart. But retargeting is also a strategy that B2B companies shouldn’t ignore.

Back in 2014, AdRoll President and CMO Adam Berke predicted that B2B would be the next big vertical for retargeting.

Berke pointed to early adopter Tableau Software, a B2B data visualization firm, that was using Facebook retargeting to re-engage leads in various stages of the marketing funnel. The type of ad displayed differed based on the particular lead’s stage in the funnel to ensure the right type of engagement.

People who had simply visited the homepage received general information ads highlighting current industry trends in data analytics to plant a seed about the importance of hiring a data analytics company. Those midway down the funnel saw ads promoting content similar to what they had searched for. Those in later stages of the buyer’s journey saw reminders about free trials or content about specific products they had viewed but not purchased.

Berke’s prediction was right. B2B companies increased their spending on Facebook retargeting by 51 percent from July 2014 to July 2015, a survey of marketers conducted by AdRoll showed.

Digital marketing and social media expert Brian Carter pointed to a Software-as-a-Service company that used a white paper ad to generate 504 new leads and 92 demo signups. And the target audience, in this case, was people at Fortune 1000 companies – not the audience most people expect to reach on Facebook.

Lumension, a company that sells endpoint security software, used Facebook retargeting to increase lead volume by 81 percent and increase traffic from targeted influencers by 10 percent, according to MarketingSherpa.

MakerBot, a company that sells 3D printing tools to classrooms, offices and homes, saw a 30 percent increase in customer leads after creating a special offer for education customers, according to a Facebook case study.

If you’re still listening to the noise that Facebook advertising doesn’t work for B2B companies, tune it out. It’s just not true. Yes, people go on Facebook for entertainment, not for work. But if you show someone an interesting or engaging post that can help with their job, they’re going to click on it.

MESH Interactive, one of the top digital marketing agencies in Boston, can help you develop a unique and engaging Facebook retargeting campaign focused on delivering the right content to your users at different stages of the marketing funnel. To learn more, sign up for an exclusive planning session today. 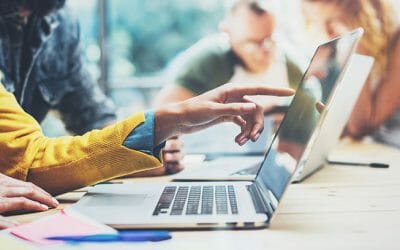 Should You REALLY Combine Social Media and PR?

An often asked question in developing a digital marketing strategy is whether or not to combine social media and public relations (PR). We’d like to... 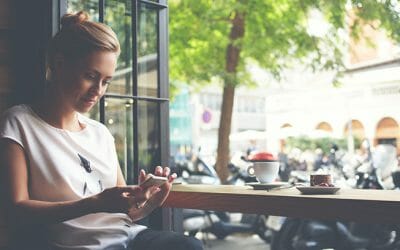 Today, it seems like digital privacy concerns are constantly in the headlines, and along with more demand than ever for a non-intrusive online... 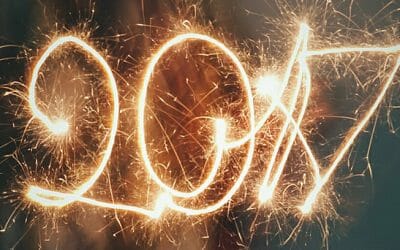 7 of the Best B2B Social Media Marketing Campaigns of 2017

As an agency that is focused on B2B, we don’t often get the opportunity to engage in some of the more “fun” social media marketing campaigns that we...