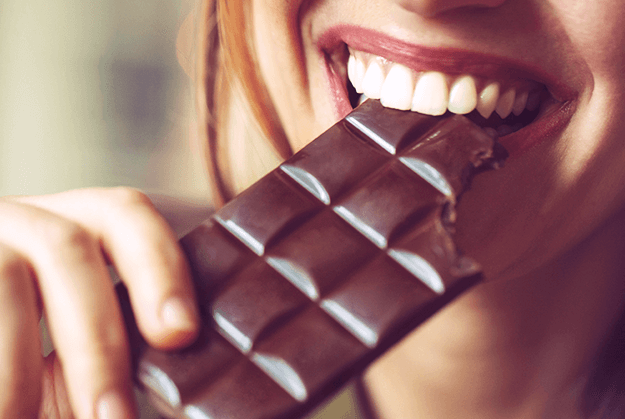 It seems that the world conspires to prevent you from making your content marketing more creative. And when it comes to content marketing, creativity matters. Unfortunately, creative inspiration is not something that we can turn on at will. We procrastinate, over-schedule, and even let fear and negativity get in the way of some of our best, and most creative content marketing efforts.

Even here at MESH, where creativity is in our bones, we’re surrounded by Yogibos and Samoa Martinis, and we practice creative on a daily basis, we sometimes struggle with generating our best and more creative ideas.

So, in addition to reinstating Massage Fridays at MESH, we took a step back and did some research into some different ways that we can jump-start creativity.

Eat Your Way to a Better Brain

It’s no secret that the foods we eat affect the way our brains function. But did you know that there are some foods that literally supercharge your brain power? Let’s examine some of the ways you can improve creativity through diet.

In a 2008 study conducted at MIT, Dr. Richard Wurtman and his team fed a group of gerbils a combination of three compounds that are needed to maintain healthy brain membranes: choline from eggs; uridine monophosphate (UMP) from beets; and docosahexaenoic acid (DHA), a fatty acid found in cold-water fish. The gerbils were fed this supplement for four weeks, after which they were tested for signs of improved cognitive abilities.

The researchers discovered that the gerbils who received the choline/UMP/DHA supplement showed significant improvements in a test where they had to solve a maze as quickly as possible. This test might seem fairly simple, but I’d imagine that for a gerbil, solving a maze is about as challenging as writing killer marketing content is for us!

When the scientists studied the brains of these gerbil geniuses, they discovered that there were unusually high levels of brain synapse activity, which explains their stellar performance.

“Now that we know how to make gerbils smarter,” commented Gerald Weissmann, MD, Editor-in-Chief of The FASEB Journal, “it’s not too far a stretch to hope that people’s intelligence can also be improved.”

Chow Down on Dark Chocolate

We’ve all heard that dark chocolate is good for you. Well, I’ve got more good news for all of you chocoholics out there—a recent study has found that the regular consumption of dark chocolate is associated with better cognitive function.

The study, which was published in the scientific journal Appetite, examined data collected during an earlier study where residents of Syracuse, New York, were measured for dietary intake and given a series of tests designed to measure cognitive function.

That’s right, chocolate can improve your abstract reasoning skills, which are directly related to your ability to think creatively.  So, enjoy that dark chocolate while you write!

Struggling to come up with an original idea for an awesome guest blog? You may want to look to your fruit basket for inspiration. Many fruits, including bananas and peaches, are rich in the amino acid tyrosine. A recent study published in Psychological Research found that foods high in tyrosine can help people think more creatively.

Scientists at Leiden University gave 32 participants glasses of orange juice, half of which were spiked with tyrosine, and asked them to solve a series of abstract puzzles. They found that the subjects who were given the orange juice with added tyrosine performed better at solving the puzzles than the control group. This led the researchers to conclude that tyrosine may promote better “deep” thinking skills. This makes sense, as tyrosine is known to increase the amount of dopamine in the brain, which improves our creative thinking ability.

If you want to avoid taking a tyrosine supplement, try eating more tyrosine-rich foods. Fruits are always a good option, as are almonds, soybeans, and spinach.

Go for a Run

Running, along with other types of aerobic exercise, strengthens more than just the body. Doing regular moderate to high level aerobic activities, like speed walking, running, swimming, and cycling, is a great way to improve brain health. And as we all know, the brain is where creativity is born. Let’s take a closer look at exactly how running can improve creativity.

In an interview with the Paris Review, the world famous novelist Haruki Murakami gave an interview where he discussed his daily routine. Every morning at 4 a.m. sharp, Murakami writes for between five to six hours, then sets off for either a 10km run or 1500m swim.

“To hold to such repetition for so long—six months to a year—requires a good amount of mental and physical strength. In that sense, writing a long novel is like survival training.” For Murakami, the focus and dedication required to train the body is the same dedication and focus needed to train the creative mind.

Haruki Murakami is not alone in this observation. A study done by the University of Bristol found that students who started their day with a bout of aerobic exercise were 23 percent more productive than their inactive peers.

When your heart is pumping during a jog, your body begins to flush out cortisol. Cortisol is the hormone responsible for the ‘fight or flight’ response we get when under stress.

Why is eliminating cortisol so important for boosting creativity? Having high levels of cortisol blocks the parts of your brain responsible for creativity. It may not make much logical sense, but in times of stress, the brain relies on animal instinct, rather than abstract problem-solving. It’s a shame really, because when you find yourself stressed out about a deadline for releasing your next blog, that’s when you need creative inspiration the most!

After a nice long run, however, you’re in a relaxed state of flow, allowing you to express your full creative potential.

I’m sure you’ve noticed that some of your best thinking happens when you’re in the shower, walking the dog, or doing household chores. This is because repetitive physical activity gives your mind the chance to be both idle and focused at the same time, freeing your subconscious up to make unique connections that it can’t handle while engaged in more mentally demanding activities. This same phenomenon occurs when we go for a jog as well.

Get in shape and discover your next marketing strategy at the same time. Talk about killing two birds with one stone!

When you think about the benefits of meditation, improved content marketing probably isn’t the first thing that pops into your mind. But recent research has shown that regular meditation has a significant effect on improving creative thinking, a key ability in writing awesome and original marketing content. Let’s take a look at four ways meditation can make us more creative.

All creative work, content writing included, requires a high level of perception, or seeing things as they truly are. A meditative practice will help you gain a bird’s eye view of the contents of your mind, where you won’t be swept away by the endless stream of thoughts and emotions. Just 15 minutes a day of mindful meditation is all it takes to see the world in a more objective, logical way, resulting in frequent “eureka” moments of inspiration.

To quote the influential meditation teacher Joseph Goldstein, “Every time we become aware of a thought, as opposed to being lost in a thought, we experience that opening of the mind.”

Concentration is a skill that needs to be exercised like a muscle. Many styles of meditation, mantra meditation for example, require you to repeat a single word or phrase over and over. When you become distracted and lose your train of thought, you gently return your attention to your chosen word.

A recent study performed at UC Santa Barbara found that just 10-20 minutes of meditation performed four times a week was enough to significantly improve a group of students’ ability to focus while taking the GRE (Graduate Record Examinations).

As you train your focus through meditation, you’ll find that you spend less time absentmindedly checking your phone and email, and more time concentrating on your writing. This ability to stay on track creatively results in the next benefit of meditation…

Promotes a State of Flow

Every writer will experience difficult writing sessions where coming up with each new sentence feels like pulling teeth. They’ll also have writing sessions where it feels like their fingers can’t keep up with torrent of brilliant ideas pouring out of their mind. When your writing feels effortless, the brain is said to be in a “flow-state.” Meditation trains the brain to enter these flow-states at will, resulting in effortless creativity.

This phenomenon has even been recognized by science. A 2007 study carried out at the University of Pennsylvania found that participants who underwent an 8-week training course in meditation were better able to focus their attention for long periods when compared to a control group who received no meditation training.

How many great ideas have you abandoned because you judged them too harshly? “That’ll never work,” or “you’re not skilled enough to try that.” These self-defeating thoughts are the enemy of creativity.

Through clinical research, psychologists have built up a massive body of evidence showing that meditation improves self-esteem. This is because learning to meditate takes a lot of self-acceptance. In the beginning, you’ll find that your mind constantly wanders away from the meditation. You’ll start thinking about what you’re going to make for dinner, or you’ll be tempted to scratch that darn itch at the tip of your nose. At first, these distractions will be frustrating, but with time, you’ll realize that getting angry at yourself solves nothing

Meditation is a chance to see negative thoughts for exactly what they are–thoughts. Once you silence the critic in your mind, you can unleash your full creative potential.

Do you have any healthy living tips that improve your creativity? We’d love to hear about them. 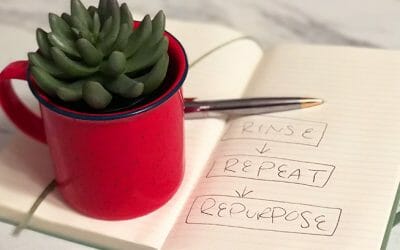 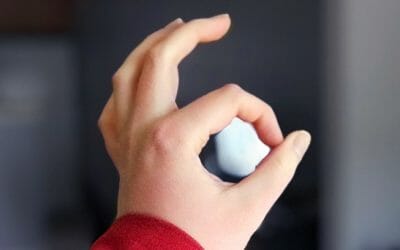 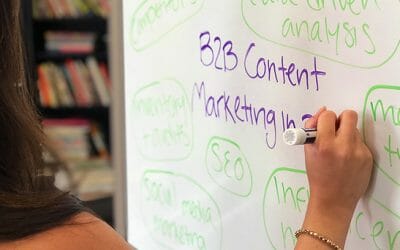